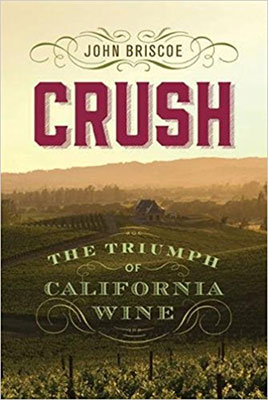 The Triumph of California Wine

Crush is the 200-year story of the heady dream that wines as good as the greatest of France could be made in California—a dream dashed four times in merciless succession, until it was ultimately realized in a stunning blind tasting in Paris. In that tasting, in the year of America’s bicentennial, California wines took their place as the leading wines of the world. For the first time, Crush tells the complete and dramatic story of the ascendancy of California wine in vivid detail.

Read more about the book
Read an interview on ForewordReviews.com

“Crush is destined to earn a place among the classics of wine literature and California history.”
—Kevin Starr, historian and California State Librarian

“Readers may never look at their glass of California wine in the same way.”
—Christopher O’Sullivan, professor of history, University of San Francisco

“Briscoe’s passion for California and its wine often shines through, and the book will offer many surprises to patient readers…. [An] essential history for wine aficionados.”
—Kirkus Reviews 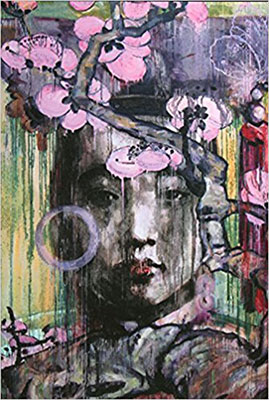 The Lost Poems of Cangjie

This book presents the first translations, into any language, of the poetry of Cangjie, historian in the court of China’s Yellow Emperor who reigned, according to tradition, for a 100 years, from 2697 until 2597 BCE. Though Cangjie is a well-known figure in Chinese history, and legend, and though he was almost certainly a poet, neither history nor legend mentions his poetry. How his poems came to be preserved, and how the preserved poems came to be discovered, smuggled out of China, and translated into modern English is explained in the afterword by the translator, E. O.

Praise for The Lost Poems of Cangjie

“Absolutely fascinating . . . the poems in themselves are beautifully timeless.”
—Columbia Review

We use cookies to ensure that we give you the best experience on our website. If you continue to use this site we will assume that you are happy with it.OK