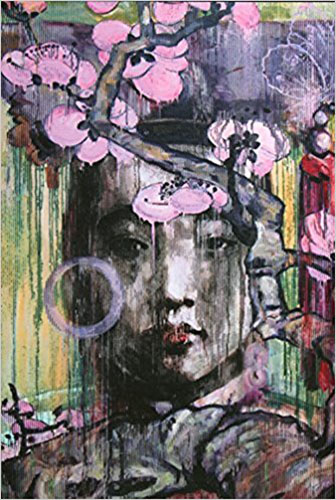 The Lost Poems of Cangjie

This book presents the first translations, into any language, of the poetry of Cangjie, historian in the court of China’s Yellow Emperor who reigned, according to tradition, for a 100 years, from 2697 until 2597 BCE. Though Cangjie is a well-known figure in Chinese history, and legend, and though he was almost certainly a poet, neither history nor legend mentions his poetry. How his poems came to be preserved, and how the preserved poems came to be discovered, smuggled out of China, and translated into modern English is explained in the afterword by the translator, E. O. In brief, a sculptor working in the tile kilns and factories of the First Emperor, the emperor who ordered the building of the underground Terra-Cotta Army 2400 years after Cangjie lived, transcribed the poems onto a scroll. The Sculptor, as E. O. names him, was himself a poet who composed a number of poems around this time, which he rendered on a second scroll. The sculptor secreted both scrolls well; they were discovered only a few decades ago. As E. O. explains in his afterword, these poems now stand as the oldest known poetry on earth.

Praise for The Lost Poems of Cangjie

“Absolutely fascinating . . . the poems in themselves are beautifully timeless.”
—Columbia Review

“Absolutely fascinating . . .. I found The Lost Poems of Cangjie not only an extremely interesting read for its historical content, but also a wonderful insight into how love is eternal, while the poems in themselves are beautifully timeless.”
—Columbia Review (read the full review)

“All of the poems in the collection are brief and lovely, ripe with simple imagery and a musical lyricism that makes them highly readable. . . . The Lost Poems of Cangjie is a unique and beautiful poetry collection wrapped in unlikely but intriguing historical myth and mystery.”
—Foreword Reviews (read the full review)

“Subtle, sweet, subversive, and sly, The Lost Poems of Cangjie will leave many readers puzzled—and, equally, delighted…. [T]he sentiments are real and the verses are moving, informed by poetical tradition and crafted with an awareness of poetic technique…. The Lost Poems of Canjie is one of the most original and fulfilling books I have read in a long time. Highly recommended.”
—Catamaran Literary Reader (read the full review)