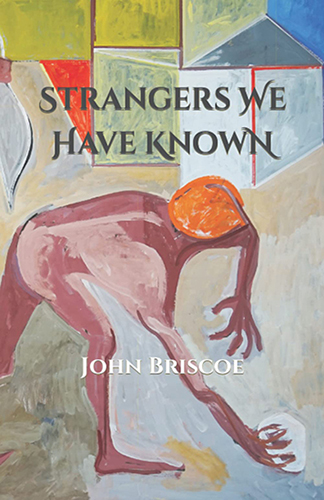 Strangers We Have Known

Strangers We have Known is a collection of sixty-some-odd poems, some odd, some aiming right or left of odd. Some alight on, or take flight from the minuscule matters of life, like the writing of a word in cursive. Others root in grander matters, like the birth of the universe, the birth of Earth. In between are all the pedestrian, jejune, quotidian other matters of life so important at the moment they are importuning.

Sun, the old same sun
lies low, almost below
its south. Cows
begin to low, begin
to wander home.
The old stallion,
once the steed, later for a time
the stud, shambles
slow toward the trough
corral, and barn
halt, stops to rest
and looks his chestnut eyes at me
as if saying something sounding like
You too, now.